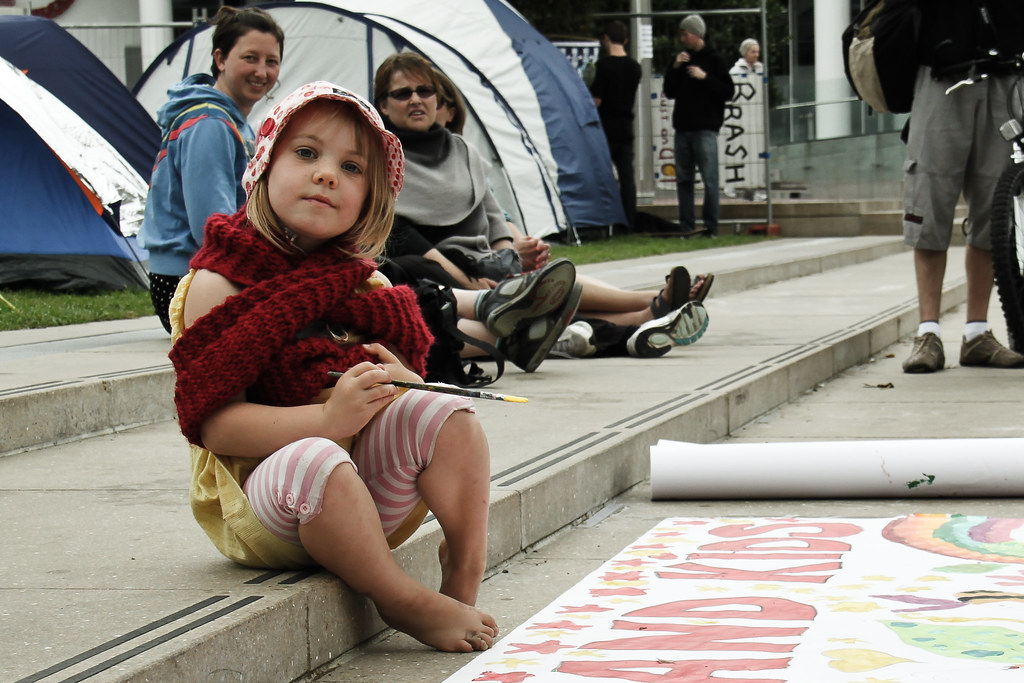 If it occupies space and has mass—then it’s matter! (Please excuse the pun.) And the real matter here is the Occupy Movement which literally occupied lower Manhattan specifically the privately owned public space called Zuccotti Park in New York City last September 17thof 2011. After almost 3 years since its sudden burst into the public scene, what has become of the Occupy Movement? Rather what’s the matter with the Occupy Movement that to many observers, it has seemed to fizzle out in the long run?

The first half of 2011 saw the panoply of worldwide social movements. From the Arab Springs, to the austerity riots in Europe, Occupy was not simply a spur-of-the-moment movement that came from nowhere. It was actually planned by experienced political activists and originally initiated by a group called the Adbusters. As such, it cannot be helped that many researchers, political analysts, sociologists, academicians and concerned individuals opted to study the Occupy Movement in terms of its causes, context and including its successes and failures. Occupy is certainly one among the many interesting social movements that can provide an explanation as to how the creation of power structures in society inevitably lead to social unrest—especially since within these structures, only an individual or certain group hold power over those without, holding the slogan “We are the 99%” undeniably true. Once it reaches the point that the system or these power structures — (governments or the ruling powers) are not able to provide any avenue for public influence in politics, the public begins to look outside the system in an attempt to attain its goals, mainly to have its demands and grievances heard. The social unrest created by this community-government dynamic is concretized in the form of contentious actions such as riots or public demonstrations, boycotts and revolutions against ruling powers which have all served as important pieces of history, according to Tarrow.

In order to answer the questions of why Occupy has seemingly been put on the back burner, one has to analyze the movement in its smaller parts first before generally assembling the picture into a whole and finally taking into account, the context of the issue(s). In the course of developing these contentious actions by the public, there comes a point where its members turn to the formal institutions in order to influence policy due to the fact that loosely-associated citizens can be easily subdued by government. Social movements therefore become vital platforms for contentious actions to be more effective, organized and give the citizens a means to work through outside of the existing traditional political system.

From its inception, the nature of the Occupy movement has been given countless analyses as to whether its effect was of the ephemeral type or the contrary. Many arguments have been raised on both sides in order to explain the rise, fall and continuing existence of the movement. Some argue by manner of comparing the Occupy movement with the Arab Spring which has again lodged both fascination and criticism globally. But before launching in to a discussion of the Occupy movement’s perceived successes and failures or lasting legacy using theories on social movements, one must heed the caveat that not all social movements require theories in order to be explained. There exists the double-edged sword that theories created in order to understand and guide (note the difference of: theories of and for) social movements can also be manipulated and used as tools to undermine the very nature of these social movements and inevitably lead back to what’s being avoided: that is to bring a small circle or elite educated group into power once again—especially that these theories created to understand social movements require a certain level of intellectual/scholarly capacity to be fully understood. As it is, some of the mainstream social movement theories tend to reduce social movements into phenomena separated from wider material and social totalities, that is, in the quest for rationalizing social movements, movements have become totally distinct from each other.

How does one then generate an analysis for movements such as Occupy? Most studies have analyzed Occupy using the accepted frameworks such as Resource Mobilization Theory (RMT) and New Social Movements (NSM). Other notable researchers who have done studies on social movements include Doug McAdam, Charles Tilly and Sidney Tarrow. With the aim of not only describing the processes within a movement but to also understand that different actors have mediating class interests, analyzing Occupy using Antonio Gramsci’s theory of hegemony can provide a framework for analysis of power structures within civil and political society.

Occupying the Culture of Hegemony

Antonio Gramsci defined hegemony as a nature of power that does not merely force subjects into submission through imposing a top-down command. For him, hegemony is a power that permeates all dimensions be it cultural, social, ethical, political and economic. It saturates, influences and dominates so deeply that it shapes one’s consciousness, common sense and perspectives about the world. Much more significant is that it creates this ideological landscape which posits what kind of political alternatives/views are allowable within the framework of the specific worldview/ideology being advanced. Due to this deep-seated influence on common sense, any alternative political views/ideologies are prevented and the subtle powers of hegemony instead give birth to “consent” to the current status quo—as opposed to “brainwashing”.

The Occupy movement therefore has opened up literally not only “public spaces or squares” but it also shook the world in terms of utilizing the latest technology in opening up other spaces of political discourse. Finally, a movement focusing on shaking, questioning the system itself has laid the groundwork for change. The Occupy movement seems to have laid low for a while but at best, it has given attention to issues (as expressed by Occupy’s slogan) which would’ve gone unnoticed. Neoliberalism is not inevitable, as advertised by the culture of hegemony for the past decades. As the Occupy movement suggests, it is high time that our minds are occupied with a plurality of political alternatives and not only the dominating thoughts hegemony has brought upon. The Occupy movement is therefore, a good opportunity to challenge certain values of capitalist hegemony, after all “ideologies are arbitrary”, Gramsci once said. It is time to seize the opportunity to occupy.

The five main categories of risks at the global level
More than a game of crowns: The global political economy of beauty pageants
Ethnic Politics as a cause of Ethnic Inequalities in Africa
The conflict in Ukraine: Symptom of a power struggle between two 'empires'
Antonio Gramsci, Arab Spring, hegemony, neoliberalism, Occupy, social movements
This website uses cookies to improve your experience. We'll assume you're ok with this, but you can opt-out if you wish. Cookie settingsACCEPT
Privacy & Cookies Policy