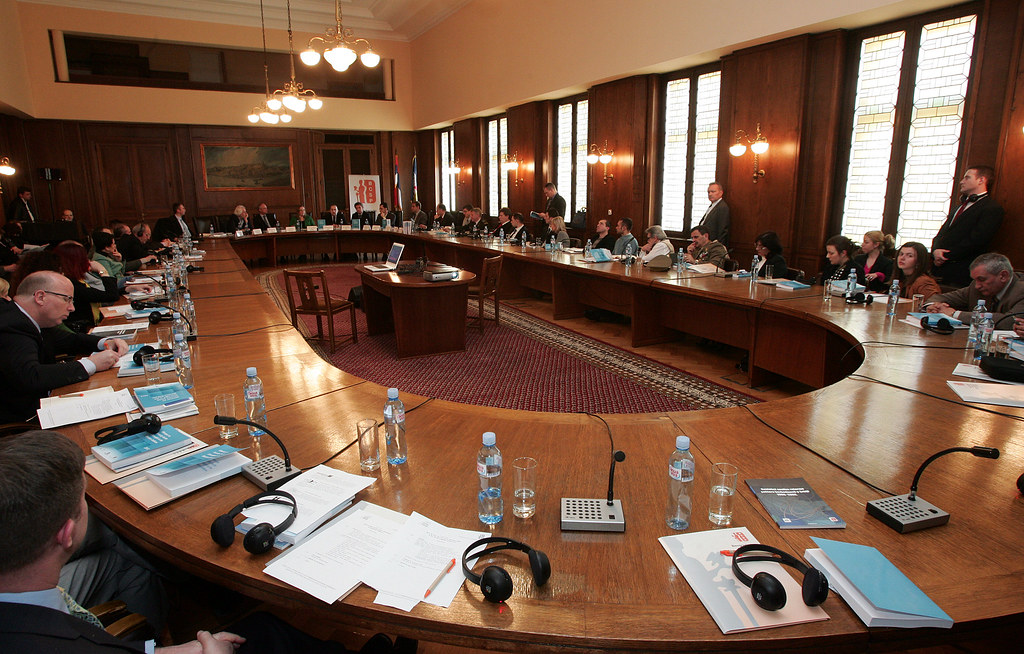 Maintaining regional security cooperation is one of the most important interests of the Western Balkan countries. It is an important factor for creating political stability, security and economic prosperity. The regional cooperation is instrumental in addressing key security challenges, such as organized crime, corruption, border management and illegal migration.

Security cooperation among Western Balkan countries could be considered the most relevant indicator of the stabilization in the region since it requires cooperation among precisely those parts of the Western Balkan societies which were most active in the recent wars. Regional security cooperation is not new for the Western Balkan countries. These are already members of various regional European groupings like the Black Sea Economic Cooperation (BSEC), the Central European Initiative (CEI), and the Central European Free Trade Area (CEFTA). More importantly, their shared will to become members of international organisations such as the EU and NATO or the Council of Europe denotes common political interests and similar attitudes towards the international environment. The external pressure for regional cooperation is an additional factor which fosters the security cooperation between the states. This has especially been the case in the aftermath of the war in Kosovo, the response to which was the creation of a Stability Pact which later evolved in a Regional Cooperation Council.

Regional security cooperation is necessity in the Western Balkans in order to tackle issues such as organized crime, attracting foreign investments to the region, and strengthening disaster preparedness. Fostering cooperation is also one of the criteria of EU and NATO membership, as the two organizations take in only those countries that show maturity in the relations with their neighbors. Nevertheless, regional cooperation should not be mistaken for a substitute for EU and Euro-Atlantic integration. Regional cooperation should be seen as important preparation for future EU and NATO membership. A great benefit arising from the potential membership of the Western Balkan countries in Euro-Atlantic structires is the ability to hold less formal but, at the same time, more effective communication with the bodies of the EU and NATO.

The Western Balkan countries have made significant progress in improving regional security and moving towards EU integration. Progress has been made especially in the bilateral relations between Serbia and Kosovo, internally in Bosnia and Herzegovina (BiH) and with regard to the EU integration of the Former Yugoslav Republic of Macedonia. The biggest contribution in the field of the regional security cooperation was the signing of the Framework agreement between the Serbia and Kosovo, which launched the basis for peaceful and regular communication between the two.

Despite all positive developments in regional security cooperation, there are still security challenges which require attention from all. Advancements in the fight against organized crime, political extremism and radical structures is crutial in order for the Balkans to achieve long term security and stability. There has been a significant decline in ordinary crime in the Western Balkans but organized crime and corruption are still present. Organized crime mainly takes the form of trafficking in drugs and human beings, and money laundering. These activities are facilitated by poor law enforcement.

There are several challenges which the Western Balkan countries must face in the near future. The organized crime networks contribute to the proliferation nationalism and extremism in the countries of the region and the exports of illicit products to the EU. In addition, the Western Balkan countries need to fight against arms trafficking and other forms of organized crime. The necessary measures to tackle these threats are in place but they are not always implemented. This is due to the weakened state institutions, political and criminal interests and the lack of human and financial resources.

In order to reduce the risk of escalating outbursts of violence, the international community’s and foremost the Euro-Atlantic organizations’ engagement and presence in the region continue to be necessary. NATO membership of Albania and the Republic of Macedonia is desirable for securing the borders and for ensuring stability. Democratic institution building and security sector reform are urgently needed in Kosovo. In general, more attention should be given to education and training. Though already relatively well-functioning control and oversight mechanisms should be strengthened. Accountability, currently the weakest element in the security sector governance in the Western Balkan countries, needs further support. The private security sector should be regulated by adequate laws and which are properly overseen by democratic control mechanisms. Police, as well as intelligence and secret services are other security sector areas where further reform is needed.