11 JunThe use of Aristocracy in politics 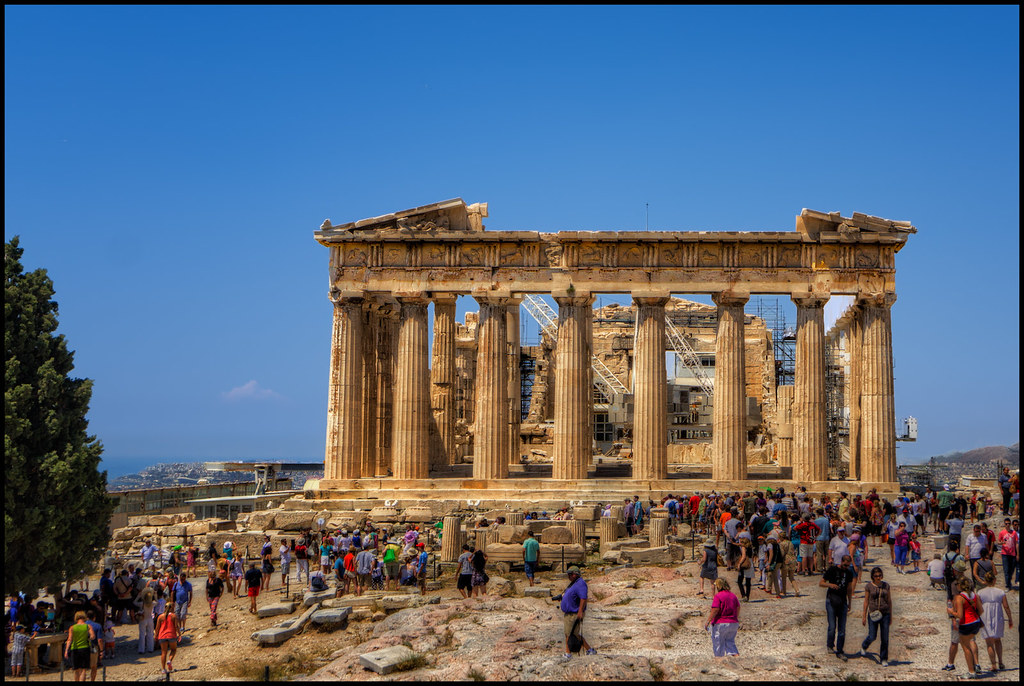 Thousands of years ago, the Greeks believed that in order to be considered an accomplished human being, the person had to be part of the political life of the city. Aristotle defined a human being as a political animal, zoon politokon; this meant that everybody lived in a society in which it had to fulfill some obligations. As a consequence, one question arises from this premise: what kind of political organization would be best for a society in which everyone has to participate in politics? Aristotle isn’t as clear as he could have been when answering this question but there are many hints that he leans towards aristocracy.

If aristocracy is taken as the best form to organize a society, then politics should be understood as an activity with two purposes. The first one is that politics should serve as education for the citizens. The second purpose is that politics should be seen as rewards for past achievements. In this sense, if politics were educational then all the activities a citizen is involved-in should be considered by others as an example on how to interact, or not, among themselves. Obviously, this is a rather broad vision on the utility politics should have; then again, the way politics work is completely different. In spite of the fact that millions live in democracy, politics does not directly educate those not involved in the formal act of policy making. Whereas in a perfect setting the city, and the society itself, is the one in charge of public education focusing on developing moral beings. Finally, if this method of teaching and learning was to be applied in present societies, the most basic thing for it to be successful would be to have equal opportunities and capabilities of acquiring the instruction provided.

So far it has been explained how politics would educate and, most importantly, what is one condition for this to currently work. But how do politics become a reward for citizens? Actually, being a member of a society would require following a process in which the person would be educated through politics, not the actual formal exercise but the involvement of all the other citizens in this. Once the person has gained the required knowledge it is time to enter in the competition of becoming part of the few who rule the rest. It must be remembered that the exercise of this kind of politics requires that equals govern equals, leading up to injustice. Although it would seem unfair for a handful to rule a whole city, in an aristocratic system the legitimacy of the power would not be granted by consent but it is granted by rationality. However, the fact that power is given based on knowledge and rationality justifies that some rule the vast majority. In this system, recognition should be fostered in al citizens as part of their formation in politics because it is the only way that they could acknowledge and accept they type of rule offered to them. In addition, a person has to have better qualities to rule over equals than to rule over inferiors. Therefore, once a person is faced with the option of formally executing in a political position, politics become the reward of doing the things that needed to be done to be in that specific position.

Since people were educated in becoming moral beings, then it is of utmost importance that whoever is ruling always seeks to lead in the direction that improves the well being of all the citizens. All citizens, regardless of their position in the society, should have the ability to rule and be ruled and for that reason every person should have had the same type of education. However, by no means this represents that all are instructed in the same way or with the same objective. Everybody should be raised as an individual that in the future could work for the accomplishment of the common goals of the society and city. The fact every member of the society could perform the job of being a ruler provides a larger amount of options for the citizens to choose from. Note that choose does not mean elect the person in a democratic way rather it refers to the possibility of having someone that could occupy a political position.

For Aristotle, the power vested in a person would give him or her the opportunity of becoming prudent towards the decisions that are to be made for the city. Surprisingly, in this system there should also be laws that would limit the power of a ruler and most importantly to avoid the possibility of someone abusing the power of ruling over the rest. The advantage of having laws limiting the exercise of power is that these laws would be drafted by all the citizens and not by a few people. Therefore, it is very important that all members of the society are well educated so that they can know until what extent power can be used and make comprehensive laws. This would be the only way to overcome the democracy’s limitation that only the ones elected get to participate in policy making. As a result, those who contribute to the well being or good life as Aristotle called it are the ones who deserve to have political power.

To conclude, aristocracy would oblige every single member of the society to be focused on self-improvement because at any given moment anyone could be the one worthy of exercising power. Thus education becomes a major focus for the practice of politics as well as the benefit of all. Politics become the path and the goal at the same time. First citizens have to learn about everything that revolves around the city and the society, to later be able to rule and have power. This model assures that rulers act according to the good life of all; otherwise this person would not be entitled with power.