01 FebLord Binay and the Empire of Makati 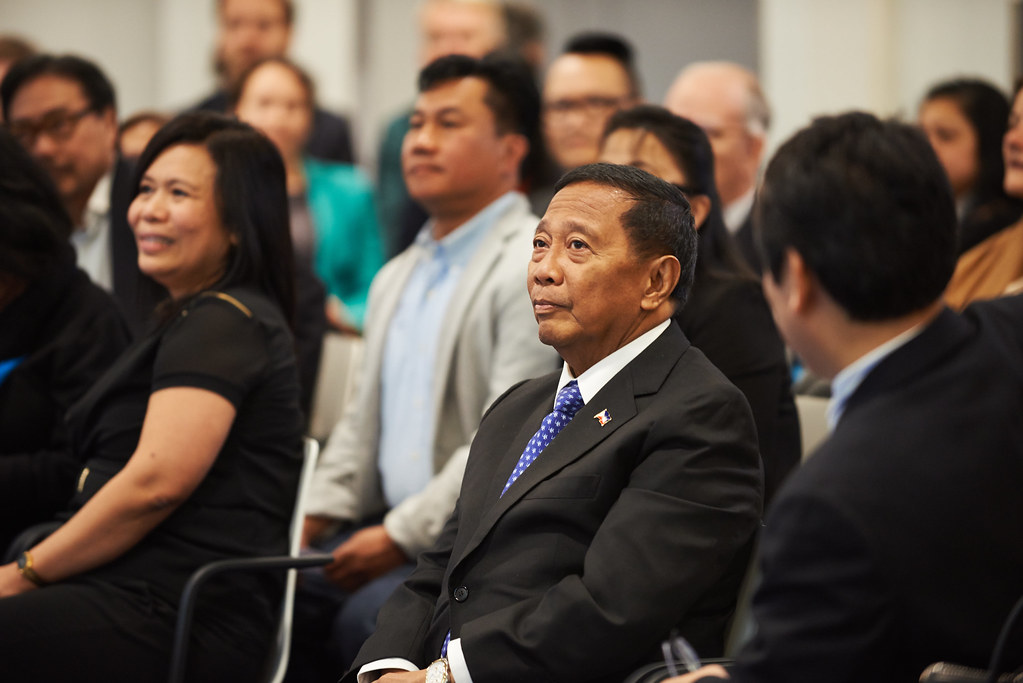 In the post-authoritarian unitary system of government in the Philippines, local politicians who want to thrive into national politics will be having a hard time as it is difficult to emerge in the national scene unless you are a part of a popular opposition or a celebrity before entering politics. This was not the case of the current vice president of this country, as he emerged from being the mayor of the Makati City, the country’s central business district, and spreading his influence into legislature by having his children running for Congress and Senate despite having very little political experience. From being a non-elite politician appointed into power in 1986, he ascended to establish one of country’s infamous political dynasties, establishing a stronghold in the middle of Metropolitan Manila, and conscripting his massive followers as subjects of his own political empire and ideology.

From outcast to nobility

Binay has constantly used his history as a child who grew up in an almost dirt-poor family, similar to a significant number of Filipinos, in his narrative for running in a national position. He even uses, with great rhetoric, the physical insults against him being nognog (dark-skinned) and pandak (short) to say that he understands the plight of ordinary Filipinos. As most Filipinos relate to the hardship that he supposed to have experienced, he gained massive followers among the urban poor and masses who are recipients of patronage goods from Filipino politicians. Promising to uplift the conditions of Filipinos, he primarily uses the capability of his stronghold Makati to fund the studies of its residents up to the collegiate level, create state-of-the-art medical facilities that is rare among local government units in the country, and give pension (with birthday cakes and free cinema passes) to its senior citizen residents. This gives the illusion, so to speak, that he and his almost three decade service to the city is responsible for its growth. This neglects the fact that the Ayalas, the Spanish Filipino oligarchs who wanted to do business away from the then-capital Intramuros in the city of Manila, are the ones responsible for the urban development of that part of the capital.

His rise into the national scene, and potentially to the presidency, was not easy. He and his family became embroiled in several corruption scandals involving several social services of Makati, including the construction of a parking and school building, and having dummies to plunder government funds for himself. His son, then-Mayor Junjun Bunay, was perpetually disqualified from holding any public office because of one of these infrastructure projects. His wealth is also questioned as he went from living a modest life as a human rights lawyer defending victims of the Marcos dictatorship to a multimillionaire politician with (alledged) assets such as a huge hacienda (agricultural land) with air-conditioned piggery and a hotel-like personal accommodation inside the Makati City Mayor’s Office.

The Binays have been continuing to defend their political dynasty despite a provision in the Philippine constitution prohibiting such set-up but cannot be implemented due to lack of an enabling law. Their constituents, benefiting from patronage products that they receive, are being subjected to the yoke of patronage and willing to defend what seems to be an irresponsible form of governance. During an instance when then-Mayor Junjun Binay was suspended by the country’s Ombudsman, he occupied the entire city hall and did not let members of the police and the interior department to serve his suspension order, all while his supporters make a standoff around the city hall premises. Saying that the suspension was politically motivated, the standoff was filled with lots of speeches condemning the suspension, violent confrontation with the local police, show of force by the Vice President himself, and legions of angry mob ready to defend the beleaguered mayor. By flooding the residents of Makati with social services not readily available in other places of the capital, residents perceive that the loss of a Binay in the city hall would deprive them of these incentives despite the fact that these came from their taxes and not from the pockets of the Binays.

A strategy employed by Vice President Binay to win the 2010 election is by forging sister city agreements with many local governments across the country. Several analysts agree that Binay utilized an excellent grassroots campaign strategy through these links. The residents of Makati’s sister cities are entitled to some of the social services provided by Makati to its residents such as free college education through its locally-funded university and discounts to its city hospital. With this strategy, Binay was able to spread his patronage machinery throughout the Philippines similarly to what he has promised in his campaign to make the whole country like Makati.

Being the country’s central business district, it is logical to believe that most of the income of the capital is created in Makati. But as the problem of the centralist development persist throughout the country, the same can be said in its capital, Metro Manila. Since the capital is divided into 17 cities – each with its own independent government – spreading revenue and development can be problematic. Only Makati seems to benefit from the development made by the Ayalas and not all of the capital and its nearby suburbs where most of its workers came from. This concentration of revenue that the whole of Metro Manila deserves has been put into an advantage by the Binays to provide social services to its residents while depriving residents from other Metro Manila’s cities that contribute to its revenue.

To say that Binays make Makati what it is now is a mixture of centralist governance, patronage politics, and political rhetoric. Unless other candidates make a breakthrough before elections, Jejomar Binay will become the sixteenth president of the Philippines.